These different types of domains mean different things and when designing a LAN both of these domains can harm the performance of your network. If you are not aware of the difference between these two, this tutorial should help you out. If you have a small network at your home there is usually the router/modem that is connected via phone line or cable to the ISP that router/modem is then connected to a switch or they even have a switch built into the device. You connect a few cables turn on some devices and you now have an internet connection ready to go. In larger networks you have more choices that need to looked at. For example when to use a hub, a switch, or a router and how much money do you want to spend? Usually the more money spent you get more ports, performance increases and more features are added. These are all types of components that need to be thought of when designing a LAN. This tutorial is going to be focusing on two major things collision domains and broadcast domains.

The definition of a collision domain is a set of LAN devices whose frames could collide with one another. This happens with hubs, bridges, repeaters and wireless access points as only one device can send and receive. If more than one device tries sending or receiving, the information is lost and irrecoverable it will need to be resent. This can slow down network performance along with making it a security threat.

A hub is considered a layer one device of the OSI model; all it does is send frames out on all ports including the port in which the frame was received on. This causes a collision domain because only one device can send at the same time. This also shares the bandwidth between of all devices connected to that collision domain. These devices can inefficiently use that bandwidth because of the CSMA/CD and jamming signals that occur when a collision happens. 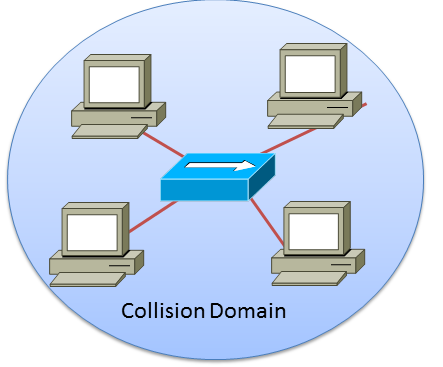 A switch uses layer two of the OSI model, so the switch uses MAC addresses to send frames to the correct device. Rather than sending it to all ports a switch only sends the frame out one port, if it has the MAC address in its MAC address table. If not the switch will send the frame on all ports except for the port in which the frame was received on. Switches provide separate collision domains on each port, this provides dedicated bandwidth to that device and allows simultaneous conversations between devices on different ports. Each port can be operated at full-duplex so the device can send and receive information at the same time. 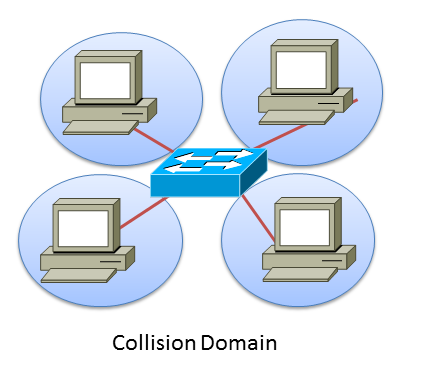 To make it little more fun there are two types of layer three broadcast messages :)

Limited/Local Broadcast - (255.255.255.255) is often used when the host really has no idea what network its on and waits for a DHCP server to respond back. As well as if a host needs to know the MAC address of a another host on the same LAN/VLAN. This broadcast goes to every host on the same LAN/VLAN and is the most common type of broadcast message. 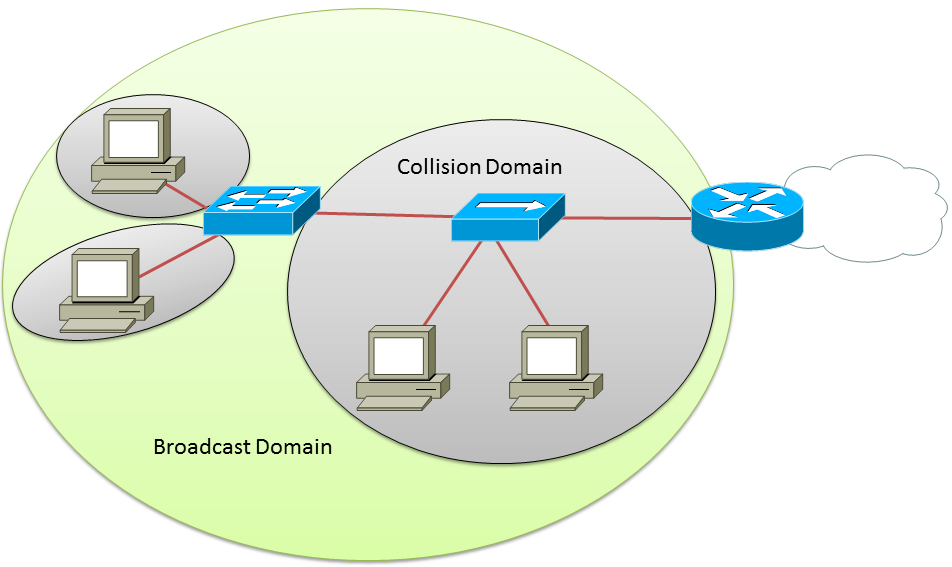