We are back with another post about Cisco’s Firepower Management Center and this time we are working with the DNS list which if you have a protect license you can have your Firepower modules or your FTD (Firepower Threat Defense) devices look at DNS requests and deny requests if they are malicious. These have to be applied on your access control policy to be able to use it and in this post we are going verify some of the domain names that are in this lists. END_OF_DOCUMENT_TOKEN_TO_BE_REPLACED

So, recently we enforced some firewall rules on a new environment, we did testing of the environment and everything was working as expected. In about 24 hours a lot of traffic from the web infrastructure was being denied and it continued, at first glance it looked like return traffic was being dropped, the web servers were sourcing at port 443 and the destination ports were using dynamic ports (RFC 6335)

No user or application problems were reported when we enforced rules, and we waited additional days to see if anything came up. Nothing came up, the only thing was a spike in amount of syslog messages of dropped traffic coming from the web servers. So from that point it really wasn’t an issue, but I thought it would be interesting to see what was going on. END_OF_DOCUMENT_TOKEN_TO_BE_REPLACED

Cisco is actively pushing their Firepower Threat Defense software with the new Firepower 2100 units on their way this summer in effort to eventually replace the ASA5525-X, ASA5545-X and ASA5555-X platforms. When using FTD you must also have the Firepower Management Center (FMC) available to manage and configure these devices. This gets difficult especially if you want to test things out because not everyone has Cisco Firepower lying around unused. How are you supposed to test and learn the depths of this product? (Hint: Cisco VIRL) END_OF_DOCUMENT_TOKEN_TO_BE_REPLACED

I got my hands on some Cisco Firepower 4100 units and after playing around with them I wanted to reset them to factory settings, essentially erase the “startup-config” on the FXOS. The Firepower units act a little differently than your normal Cisco IOS or ASA and you can’t just erase startup-config and reload the device, that would be too easy. (Edit: 7-21-17) After Gabriele made this comment it looks like you can. You also can follow the  password recovery on this post which will also erases the configuration. END_OF_DOCUMENT_TOKEN_TO_BE_REPLACED 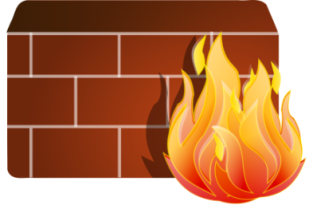 The Cisco 5500 Series Adaptive Security Appliances are of course an excellent firewall but the ASA also offers (depending on the model) other security services as well, like IPS systems, VPN, content security, unified communications and remote access. These ASA’s can be used as a standalone appliance’ that can handle the need for branch offices to enterprise data centers. Or they can be included in high-performance blades that work together with the Cisco Catalyst 6500 Series, and recently new they can also run in a virtual instance which provides tenant isolation for public and private clouds! For now let’s focus on the basics of the ASA like the ASDM. END_OF_DOCUMENT_TOKEN_TO_BE_REPLACED